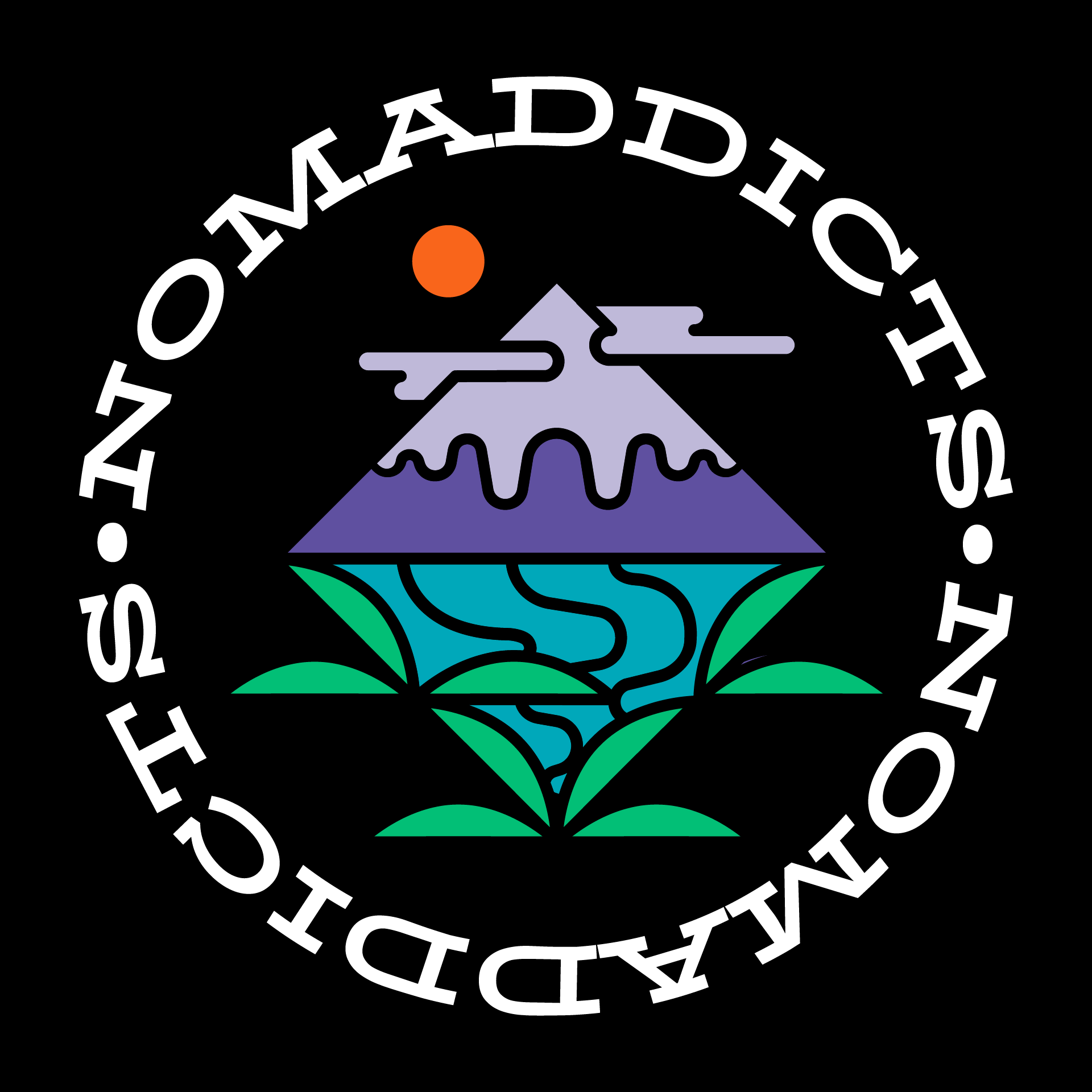 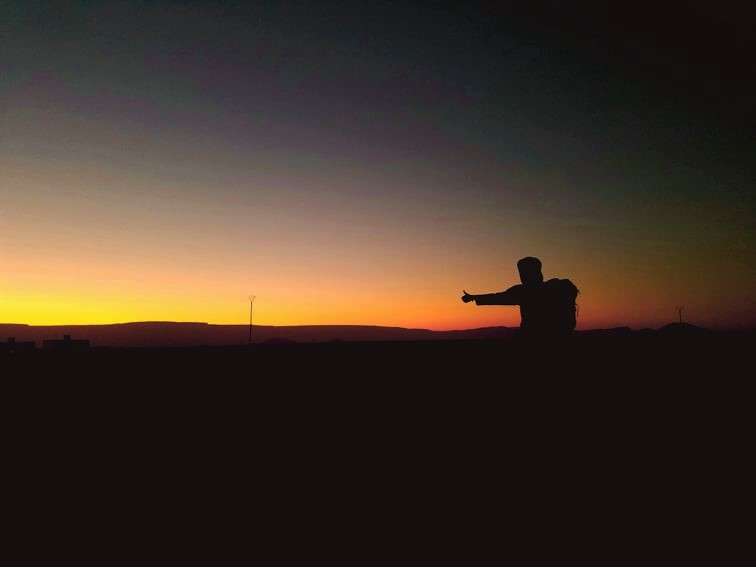 A Utopia in the Jungle: Chillin at Kaira Kunda

When we arrived in Kafountine we had lined up a Couchsurfing host who invited us to stay on her farm just outside of the city. It’s called Kaira Kunda, and is an organic farm run by an American/Senegalese couple with the hopes of it one day becoming a farm-to-table operation. Abbie is an American woman who has been living in Africa for ages and has made her home in Senegal. Her husband, Momo, is Senegalese and together they bought the land that Kaira Kunda stands on and have high hopes for the future. We took a moto-taxi through the jungle and found the place nestled in the woods, far away from the hectic town.

Abbie works in Paris and was abroad when we arrived so we were introduced to her husband, Momo, a talented chef who had trained his brothers and friend the art of Senegalese cooking, an art usually reserved for women. According to numerous Senegalese men who never prepared us a dish: women cook more, but men are better cooks.

The guys of Kaira Kunda aren’t really into gender stereotypes and instead just want to make something out of their jungle home. Momo and his entourage built the place from scratch, literally bush-wacking the property to make space first for a fire pit, then a cooking area, and eventually a full house, kitchen, outside toilet and shower, and a huge garden complete with multiple trails and secret nooks around the property.

They’re a dedicated bunch, working together to water and cultivate their garden, even if at times, it seemed a bit directionless and disorganized as all works in progress are. Few of them have any experience in farming and it seems that they see Kaira Kunda as their chance to distance themselves from the social pressures of conventional life and an opportunity to live outside the cultural norms. Many of the guys had previously been in the army, which I was surprised by but they maintained that their time in the service had given them direction and woken them up.

Living in the shadow of such an intense conflict like the one that has plagued Casamance must have been difficult and though the guys didn’t talk about it much, it seemed like they (and most people) were just trying to move on. These guys had decided to work outside of the status quo, not having to rely on the system to provide for them. They told us that at Kaira Kunda, they are free to live how they chose. Nobody bothers them for smoking spliffs all day, they can just be.

It took us a few days to get comfortable with the vibe of Kaira Kunda. Our last Couchsurfing experience with Senegalese hosts in Niaguis had ended badly when we had run into the classic miscommunication between cultures error. They had expected a financial contribution to their household and we had assumed that physical labor and help around the house had been sufficient. Nothing was mentioned to us about their dissatisfaction until the last night of our stay, however, by then it was far too late for us to rectify the issue and both they and us left with a feeling of having been slighted by what could have been a great cultural exchange.

We didn’t want to repeat this situation at Kaira Kunda so we were grateful when another traveler staying there, Hadrienne, asked point blank how the situation worked. How was food to be bought and distributed? Were we expected to work everyday? So this is how you approach these situations, I thought. However, the answer he got was very typical Senegalese: it’s chill, do what you want, nothing is expected of you, contribute what you want to.

It didn’t bode well for Gabe who was getting tired of the teranga vagueness. Nobody was being straight up about what they expected and we had already seen how uncomfortable that could be. The guys would ask us questions like, “you guys like palm wine? We can get some if we have money.” We knew these were hints essentially telling us that they wanted something but that we needed to buy it. We didn’t mind buying palm wine to share with everyone the first day but the following day it was brought up the same way and it began to feel like we were expected to pay for this luxury, even though it was never explicitly asked of us.

I was beginning to understand and come around to the cultural differences but was also noticing how difficult it could be to put our foot down about money. Money works different here. People expect you to contribute when you have money to do so and, being Western travelers, we definitely, albeit technically, had the means to do so.

I was interested in learning how to cook Senegalese dishes and the guys were happy to teach me. In order to teach, you need the right ingredients so I was happy to pay for the meals that I was learning how to cook. Besides, with Senegalese prices, ingredients for meals to feed 12 people (and a few liters of palm wine) were bought with around $10. Still, that was our maximum budget for each day so we couldn’t afford to splurge out like that for the next week.

When we are on the road, it is easy for us to spend only a few dollars a day, especially if we are not drinking. At Kaira Kunda, we ultimately decided to look at it as a splurging holiday among friends. By the third day we noticed that that grocery buying was being alternated between Hadrienne and us but we really didn’t want to muddy the waters and sour the mood over a few dollars, certainly after the talking to we’d received in Niaguis. The guys were trying to make it work here and if a few extra dollars from us would help them out then fuck it. We were happy to help.

We enjoyed our time lounging on the farm, smoking non-stop spliffs and enjoying the lush atmosphere. It was one of the first times, however, that I was fully aware and fully frustrated by my language barrier. Everyone but me spoke French and, out of the Senegalese guys, only Momo spoke English. I watched as Hadrienne became increasingly close to them, joking and chatting shit. I was envious of this level of intimacy and upset that I was missing out on a great opportunity to make new friends because of it.

One guy in particular seemed almost annoyed that I only spoke English. He berated Gabe for not teaching me French and constantly asked me why I didn’t speak it. “I don’t ask you why you don’t speak English,” I would tell him. “Yes,” he replied, “but EVERYONE speaks French!” It is hard here because in their world, everyone does speak French. Even the tourists that come through, mostly all speak French. I often found myself trying to make jokes that would be answered literally or think that I finally conveyed a joke only to find out that people were laughing because they didn’t understand me.

Hadrienne turned out to be insanely passionate about sustainability and taught the guys about the benefits of compost. One day he gathered everyone for a construction project to build their own compost pile. The guys were always eager to learn new methods of working or building and I have never seen anybody more capable of wielding a machete than the guy they called, Rasta.

We are keeping up with the progress this little farm will inevitably go through. Their dedication to the cause is powerful and the necessity for something like this in the area is real. Sustainable small-time farms seem to be projects that many Senegalese people in Casamance are passionate about. People have seen how the environment is changing with every year and how little the government seems to be doing to combat the changes. People, like the guys at Kaira Kunda are anticipating living in a different world than their parents and they are taking action to ensure that they don’t get hung out to dry when it happens.

If you’re ever in the Kafountine area, do yourself a favor and go spend a few days at this utopia in the jungle with a group of guys who are sure to put a smile on your face.